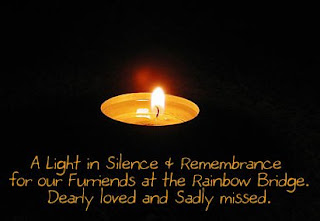 I Will Always Remember
I will always remember
the olive-eyed tabby who
taught me that not all
relationships are meant to
last a lifetime.  Sometimes
just an hour is enough to
touch your heart.
Barbara L. Diamond
Posted by wildcatwoods at 2:20 PM 21 comments: Links to this post

Pop bought some broccoli plants to put in our garden and left them in the bathtub overnight- this is what they looked like the next morning!!!!!  Guess who the nibbler was....Tabitha!  She is not admitting anything at this point ...but we have witnesses!!!

Our yard is just lovely with color - pink and white azaleas, dogwoods and our irises are coming up. Pop did plant lettuces, herbs and some new broccoli (ahemm...., Tabitha clearing her throat)) plants too. He is putting in potatoes and more veggies later this week.


Hope you enjoyed the garden tour today - we are not officially part of the Thursday Garden Club but will post now and then on how things are going!

Looks like we have been invited to join in on the Thursday Society of Feline Gardeners hosted by Jonsie.  Even tho we can't go outside we can report on the garden thru our windows!!!  Please do visit the other gardens on the main page here.

On another note - we had a scary night again with all the storms that devastated AL and GA passing over us in the early morning hours.  Mom stayed up with us and kept an eye on the TV and computer radar.  Luckily our beloved mountains broke it all up and all we got was thunder and rain.  We are sending our prayers to all who suffered in the tornadoes last night.
Posted by wildcatwoods at 10:55 PM 17 comments: Links to this post

We will be having some wild and stormy weather today along with the eastern part of the country.  Another day of hiding from the big booms and hoping we will be safe from the winds.  We will be sending happy thoughts to all of you in the stormy areas today - be safe.

Posted by wildcatwoods at 9:02 AM 20 comments: Links to this post 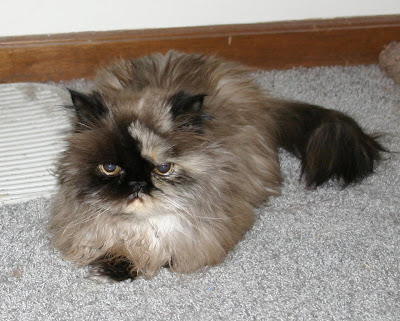 The blog world lost a very special friend when Sweet Praline left her mom Paula and us all on April 25, 2011.  Tortie Tuesday will never be the same.  Sweet dreams dear one.

It takes us back to brighter years,
to happier sunlit days
and to precious moments
that will be with us always.
And these fond recollections
are treasured in the heart
to bring us always close to those
from whom we had to part.
There is a bridge of memories
from earth to Heaven above...
It keeps our dear ones near us
It's the bridge that we call love.

Posted by wildcatwoods at 10:30 PM 14 comments: Links to this post